"Anything is possible if a person believes." 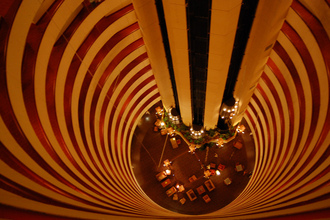 Extensive research shows that people often perform more poorly when using automated systems. People are not good at monitoring automation, which leads to increases in distracted driving. Instead of making drivers safer, autonomous vehicles can actually decrease safety by lowering drivers’ understanding of what is happening, even when they are paying attention. As a result, drivers are unable to take control when the car can’t handle the situation.

For example, the National Transportation Safety Board found that the cause of the fatal Tesla crash in Florida in 2016 was over-reliance on automation, lack of engagement by the driver, and inattention to the roadway. A Tesla also crashed into a road barrier in California while on autopilot, killing its driver. And Uber experienced a fatal accident in 2017 when one of its vehicles hit a pedestrian in Arizona. These are not isolated incidents but, rather, symptoms of a serious flaw in the design of autonomy software, which ignores how people’s performance is affected by technology.

The HFES policy statement contains 12 recommendations in four categories to guide regulators when considering the introduction of autonomous vehicles:
Testing should ensure that new technology results in safer driving across a wide range of driving conditions. If the software is not fully reliable and the human driver has to step in, new safety regulations are needed to provide understandable displays that keep the driver aware of what is happening and ensure that they can rapidly take control.

Detailed training by manufacturers will be needed, according to the HFES statement, to help people better understand how the automaton functions and what are its limitations. And this training will need to be ongoing as software updates over time are made to autonomous vehicles while they sit in drivers’ garages.

Before Congress passes pending legislation that will remove important safety regulations and allow companies to sell hundreds of thousands of autonomous cars, HFES urges lawmakers to include these critical requirements to protect the safety of drivers, passengers, and pedestrians across America.